A couple of days ago I shared the picture above on the blog’s Facebook page. The picture was from the Humans of New York page and it was captioned with the following:

“Alopecia is a weird disease to wrap your head around. It causes your immune system to turn against your body, and your hair falls out. I used to have a big blond fro that was a big part of my identity. It was hard to not get depressed when it disappeared. I started to think: ‘What value do I have if even my body doesn’t like itself?’ As I lost more and more hair, I kept trying to comb my remaining hair over my bald spots. Eventually I had to embrace it. On my 20th birthday, I decided that instead of having a bunch of little bald spots that I don’t like, I’m going to give myself one big one that I do like.”

His words hit me hard. When he says “What value do I have if even my body doesn’t like itself?” he asks the question I’ve asked myself many times over the years.

Just like Alopecia, Hashimoto’s causes your immune system to attack your body. Hashis causes symptoms such as weight gain, fatigue, inability to get warm, difficulty getting pregnant (seeing that one first-hand right now), hair loss or thinning hair, as well as a variety of other symptoms. Coupled with PCOS, which causes hair growth on the face, menstrual issues, acne, etc. and it begins to feel like you’re trapped in a body that hates you.

And when your body hates you, you begin to hate yourself. In a society that tells you that you should be a size 2, have perfectly clear skin, and be hair-free from your nose to your toes, it can destroy you when your body refuses to do even one of those things.

I wish I had been stronger. I wish I could’ve been like the guy in the picture and learned to embrace it much sooner. I wish that I hadn’t allowed society to dictate my self-esteem. But for nearly 10 years, I did. I hated my body. I hated what I saw in the mirror. I was self-conscious every time I left the house. I felt like everyone could see that one black hair on my chin that was missed when I did my weekly facial hair-removal cream, or that they were wondering why I still had breakouts even though I was in my mid-twenties, or that they were judging me for not losing those twenty pounds because how hard is it really to lose that little bit of weight? (And since I’ve regularly asked myself this, I figured others were definitely wondering the same thing).

Turns out, 99% of the people I know or meet never notice any of these insecurities that I have. And as time has gone by, I’ve gotten to the point where I don’t really care if they do. If they judge me based on a few perceived imperfections, I don’t really want them in my life.

Also, as I have figured out some treatments for Hashis and PCOS that my body responds to, I’ve started to feel like I’ve taken back some control which has enabled me to not hate myself so much. I’m beginning to like myself again and realize that I do have value. I won’t lie to you and tell you that I’ve been able to completely shed those inner demons and that I wake every day thinking I’m the most amazing human being to walk the planet. FAR from it. But I don’t wake up most days hating every minute I spend in the mirror.

There are several other factors that have allowed me to get to this place, but that’s for another day. I’m hoping this post hasn’t sounded too “woe is me” because that is not my intent at all. I am extremely lucky to have a disease that is relatively treatable and I know there are so many people on this earth that are living with issues or going through trials that I couldn’t even begin to imagine. But I wanted to share some of what I’ve been through in case there is another person out there that just needs to hear that they are not alone.

No matter what your circumstances, whatever life has thrown at you, whatever cards you’ve been dealt, YOU ARE VALUABLE. Don’t ever forget that.

Pinterest is a lifesaver for gluten-free recipes. I’ve got a board of all GF recipes, but you can just do a search and ton of recipes will come up.

Also, if you click on the “Gluten-Free” button on the right-hand side of my blog, it will bring up all the posts I’ve done so far on this topic.

Hopefully this list helps you get going on your road to being gluten-free. If you are GF, please share some resources that have helped you! I would love to check them out.

I figured it’s been a while since my last life/health update, and I’ve got a lot of new readers so I’m going to give a quick bit of background information to start off. I apologize to those who know this already… just scroll down a paragraph or two! I also apologize that this post is rather lengthy, so bear with me.

I came off the pill in October 2013 with the mindset that I probably wouldn’t get pregnant immediately. I knew that because of having Hashimoto’s and PCOS that it probably would take a little time. I also knew that my periods were irregular before going on it and wasn’t sure how they would be once I was off it again.

But even with the knowledge that it could take a little bit, I was still hopeful that it would just be a few months, maybe a year at most, before I got pregnant. I wasn’t expecting 20 months to go by without getting pregnant and for my periods to be getting more IRREGULAR. 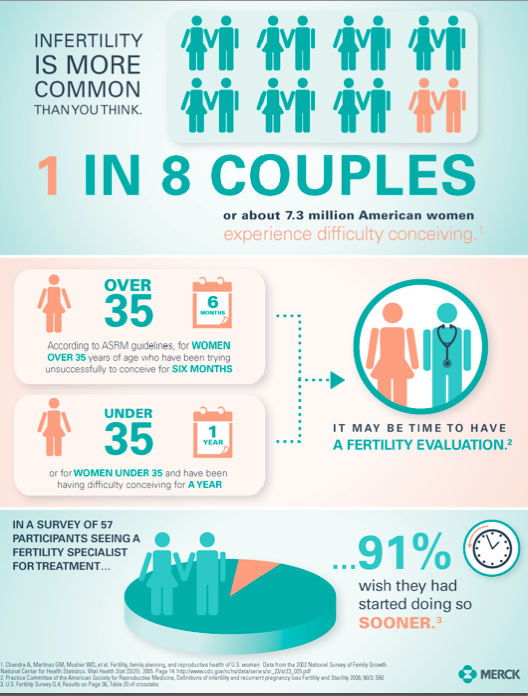 When I first came off the pill, I had a period every 3-4 months and it would last 10-15 days. However at the end of September 2014, I had one that lasted over 3 weeks. Then I didn’t have a period again until the end of February 2015 and it lasted until April 6th — over SIX weeks. I probably don’t have to tell you how much that SUCKED.

I had spoken with my doctor a few times about it, but she didn’t seem concerned. And at first I wasn’t either. But then they got farther and farther apart. So I decided to make an appointment with an OBGYN. I called in January and the earliest they could get me in was the end of March. So I waited it out, even though by the time I had my appointment I was 4 weeks into my period.

I went to the appointment with kind of an idea of what might be going on — that I wasn’t ovulating — but I still wanted to get checked out and make sure that was all it was. The doctor confirmed that he thought this was the case, but he wanted to run some bloodwork and suggested I start taking progesterone pills. I would take the progesterone for five days if I went 35 days without a period. This  should trigger my body to have a period.

He told me I could go on Chlomid too so I would ovulate, but I didn’t want to go on too much at once. I decided to just stick with the progesterone for a few months and see what the bloodwork results were. Of course I was thinking it would only take a couple of weeks for the results to come back, but it’s been TWO MONTHS and I still don’t have them. I’ve called the doctor several times asking about them, but I keep getting told that he has them, he just hasn’t reviewed them so they can’t tell me anything. It’s extremely aggravating, but I’ve switched to a different doctor who comes highly recommended for the next appointment which is later this month and I am hoping she is much more communicative.

On top of all this, my main doctor has essentially closed her practice for the summer. From what I understand, she’s battling Lyme’s disease and undergoing treatment for it, so she’s not able to see patients at least through August. I’m trying to decide if I should stick it out and see what happens in August or start looking for another doctor, but trying to find one that is knowledgeable in thyroid conditions like mine could be challenging.

Anyway, what’s the main theme in all of this? Waiting on my body to figure itself out.

Waiting on doctors to give me answers.

Waiting on a baby.

And to be honest, I’m surprised at myself that I am not more upset about all of this. I am not exactly a patient person. I’m actually extremely impatient. But for some reason that I cannot fully explain, I’m pretty at peace about it at this point.

Now don’t get me wrong! I’ve had my bad days, even bad weeks (my sister can vouch for that — poor thing has had to deal with a lot of pity party texts). I do get upset about it from time to time. It’s particularly hard when yet again another friend announces they are pregnant. There is that pang of jealousy and wondering “why not me?”.

For the most part, however, I am okay with it.

I know I have plenty of time. That’s one reason we came off the pill when we did. We didn’t want to feel like “the clock is ticking.”

I also know that, no matter what, one day I will be a mom. It might not be the way I want or planned, but it will happen, even if it’s not a biological child. There is always adoption or fostering.

Would I be lying if I said I didn’t want to see what a mini-Sophi or mini-Jeff would look and act like? ABSOLUTELY. Do I want to know what it feels like to create a child and carry it in my body for 9 months? MOST DEFINITELY. Will I cry and be upset if neither of these things becomes a reality for me one day? YOU BET.

But I also know that adoption has been placed on my heart for a long time, whether I do have a biological child or not. I know that one way or another, when the time is right, Jeff and I will have a child.

While I am waiting though, I will take what measures I need to keep my body healthy. I’m taking progesterone to get my cycles regulated. I’m exercising more than I have ever before. I’ve been gluten-free for almost a year to help with the Hashimoto’s. And in the future, I may take more steps, like Chlomid, to try and get pregnant.

For now though, I’m taking it a step at a time. I’ll continue to wait.

P.S. If you are in the midst of infertility and/or need someone to talk to, please feel free to email me! I would love to chat with you! Sometimes the worst part is feeling alone, but you are NOT! My email is sophi[at]simplysophisticatedblog[dot]com.